Hafa Adai! GET, LLC would like to wish you and yours a very Merry Christmas! As we celebrate the birth of our Lord, take the time to remember the true spirit of the season and spend quality time with those you love and care for. Even taking time to speak or share with those in need or less fortunate is a great way to spread the Christmas cheer as well. Enjoy!
Email ThisBlogThis!Share to TwitterShare to FacebookShare to Pinterest

Cisco Turns 30-Consider a Firewall to Celebrate the Business Milestone

GET,LLC is proud to be a Cisco Registered Partner. Even more importantly, we are as proud to say Happy Birthday to Cisco who is celebrating their 30th Anniversary in business. 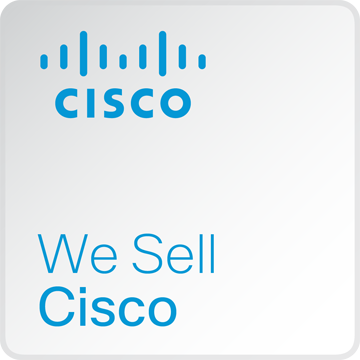 The technology of Cisco has certainly changed the way the world works lives and plays. They credit the people who built Cisco over the past three-decades. We tip our hats to them as well. What a great team to work with.   Also, they pioneered much across the networking business.  Their Advanced Gateway Services Router was Cisco's first product back in 1986.  The AGS was networking until IP came along. Cisco stayed with their routers when others jumped into their marketplace.  Cisco bet on IP-today it dominates.  Cisco also noted that the internet would change our lives-the mid 1990's they saw the future that is today.  Collaboration dominates.

What about the next 30 years?

As a Cisco partner, GET, LLC will deliver a total package to help you maximize your return on investment as you move to the NGFW. We offer:
●          Migration and technical support services
●          Trade-in promotions and Cisco financing
●          Security Ignite and other specialized promotions

With what is happening all around the world, even with some of the most noted corporations, it is better to be safer than sorry and stop network intrusion with this innovative product.

As we close the new year and headed into 2015 and the inauguration of a new public officials, I thought it would be a good time to write about one Guam politician whose political future has been under much speculation over the past several months.

A part of what The Hill newspaper this week has described as "one of the most unproductive and least popular Congresses in history," Guam Delegate Madeline Bordallo fought for her political life and won during a cycle against one of the most divisive and least known candidates for the Island's seat in the U.S. House of Representatives.  Not exactly a barnburner.  When Congress gaveled for the final time, many critics noted that this past two-year period that will be remembered for its brinksmanship and lack of legislating-government shutdown and all.

Yes-MZB did finally get funding pushed ahead for the first part of the Pacific Pivot to Guam and loosened monies from the Japan Diet to move the III Marine Expeditionary Force to the U.S. Territory. She also bailed out local contractors fearful of the caps on H-Visas with the help of CNMI Delegate Gregorio Sablan. Killili's 11th hour capitulation on this important economic issue in the Northern Marianas comes as this Congress was wrestling with the heavy handed immigration executive order proffered last month by President Barack Obama. Gotta tip our hats to both for pulling this off.  Were their other notable actions by Congresswoman Bordallo over the past two years?  Guam opted out of ObamaCare. War Claims effectively was shelved.  Education received a smidgen of help.  A tough climate in Washington D.C. that saw a reduction of about 40 percent in federal monies to Guam in the past year alone.  A new reality indeed.

What about the next two years for the Guam Delegate?

This Blogger believes a sensible approach to the Guam Buildup Program will dominate  talks led by Congresswoman Bordallo.  That will be plenty.  Even a change in policy by our two-term Governor of Guam to focus on federal policy won't be enough to move Guam's most prolific politician from the head of the table to the sidelines until she is done with this term-some insiders conceding could be her last.

Bordallo will be 83 at the start of the next election cycle.  The average age of those in the 113th Congress was among the highest in recent U.S. History-a mean age of 57. The 114th probably near that number.  Age won't be an issue in two years, but longevity of service may.  With 34 years in public service, many are asking if Bordallo should hang it up already.  I think she has plenty of gas in her tank. When she is ready to step aside, the coronation of a replacement for her seat will make her the proverbial "King or Queen Maker" as she sails off into the sunset of political retirement.

Congresswoman Madeline Bordallo has surely earned her seventh term and her place in Guam's History Books. Look to the next two years for her to reiterate that, "we will always be neighbors, friends, and relatives and we will always share Guam as our common ground."

Shake Up At Philips Lighting

It was not too long after I started this blog that I was congratulating my former boss Bruno Biasiotta on his work as President and CEO of Philips Lighting North America.  Today, our friends at the Franklin, Tennessee-based Edison Report is reporting that Bruno is out at Philips and Amy Huntington is in as his replacement.  The changes will begin on December 31, 2014.

The former executive of energy services company Johnson Controls, Biasiotta brought his successful business strategies at JCI and turned around a company that needed it-part of a continually growing industry. His focus was luminaires because, it is the "largest opportunity and the segment undergoing the most significant change." Back in early 2013 he said that "in 2017, the North American Lighting Market should be about $19B."

In 2014, there were layoffs across Philips Lighting, including a cutting of staff at a Tupelo, Mississippi manufacturing center and grumblings across the Philips brand world wide.

These surely may not have contributed to Bruno leaving the post at Philips, but know that there are many-a-company across America and the world that would be able to use his skill sets to advance their business models and profits.

Philips Lighting was valued at $3.75 Billion. Under Bruno's leadership, the company attained this mark and private equity firms were fighting for a chance to invest in the company.  Even Cree was making grumbling about acquiring the lighting giant.

We certainly wish Bruno good luck on his next endeavor-thank for all that you have done for us and your influence on what we do at GET,LLC.

Need an LED solution for your facility? Check out our website at www.get-guam.com or give GET, LLC a call at 671-797-0789.  We are a provider of Independence LED Lighting and Deco Lighting Inc. products-Made in America!!!