Long time Chief Executive Ron Defeo has announced his retirement from Terex.  John L. Garrison Jr. has been appointed CEO effective November 1, 2015 with Defeo to ride out his time with the parent company of Genie Industries as Executive Chairman before moving into the private sector as a consultant.

“I am proud of the company Terex has become in my 23 years as Terex’s leader," said Defeo. "With my planned retirement, this day was inevitable and I am confident that John will be able to continue to create value for our shareholders and the shareholders of Konecranes Terex.”

Garrison joins Terex from Textron where he has been chief executive of its Bell Helicopter operation since 2009. Prior to that he was president of its Industrial division which includes E-Z-GO, Greenlee, Jacobsen and Kautex, until that point he was president of E-Z-GO.

“I am extremely excited to be leading Terex at such an important time in its history. I look forward to building on the strong foundation the team has built and positioning Terex and Konecranes Terex for success in the future,” said Garrison.

We here at GET,LLC wish Mr. Defeo the best in life after Terex and look forward to what the future of the company will be under the watch of John Garrison.  If you have any aerial lift needs and would like to discuss potential solutions, please drop GET, LLC a line via our website at www.get-guam.com or give us a call at 671-797-0789-your authorized Terex/Genie Representative for Guam and Micronesia. 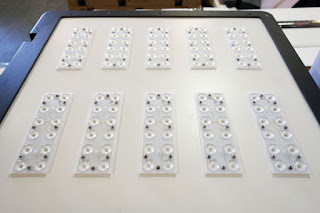 There is no question that during these lean economic times, we all must do our part to conserve energy.  With the recent crisis facing Guam's power grid, now more than any time in the recent past, must we as a community do what we can to protect the very precious resource of energy.  We do have a new solar farm on-line in Dandan.  We do have a plan for integrating wind energy in nearby Windward Hills.  We also have seen the proliferation of small businesses selling residential rooftop solar photovoltaics to curb the rising prices of energy.  For businesses, this issue has many talking and looking for solutions. This blogger believes that this discussion begins and ends with energy efficient lighting.

Investing in great lighting can drive profits in retail spaces by highlighting key products and driving foot traffic to specific areas within stores to maximize sales.  As the buildup on Guam gets underway and with tourism is on the rise, regular and new customers alike need to know what you have and will be directed to great product presentation via great lighting.

Switching to LED lighting alone will save up to 75 percent on energy costs.  First cost issues are becoming less of a concern considering the cost of power in Micronesia.  Installing lighting controls can save an additional 35 to 50 percent.  The Consumer Electronics Association is reporting that lighting controls are becoming the favorite technology among architects and homeowners- tied as the No. 1 technology in terms of being specified by homeowners and architects to builders. In all, 53 percent of the time a lighting control system is installed because the homeowner or architect requested it. The "re-do" of the Guam Tropical Energy Code does address this and we all would do ourselves a collective favor by considering a controls strategy that best fits our respective homes, workplaces and business properties.

The U.S. Department of Energy estimates that switching entirely to Light-emitting diode (LED) lighting over the next two decades could save $250 billion in energy costs in America and avoid 1,800 million metric tons of carbon emissions.  There are a handful of Guam businesses that have since made the switch to LED lighting and are enjoying the cost benefits.  But there are still many who use older and less efficient lighting systems and will continue to do so until their stocks are depleted. At that time, decisions will be made and we would encourage that the decision be made in favor of energy efficient lighting. 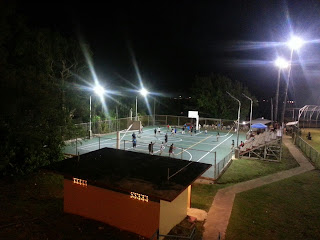 Economics will drive the next steps on island for all, businesses and residents alike, to make a conscious switch to the use of modern lighting technology.  Check out our website for energy efficient lighting solutions at www.get-guam.com or give GET, LLC a call at 671-797-0789.  We are a provider of Independence LED Lighting and Deco Lighting Inc. products-Made in America!!!